In the last few days I’ve been been in the Pacific Northwest, and we wandered out to Salt Creek in Washington’s Olympic Peninsula. Fires are burning in British Columbia and central Washington, and a haze hangs over everything. During a Pacific Northwest summer, you can usually see the volcanoes and the Olympic range from a good distance; not so now.

I was in Glacier National Park for the crazy wildfires of 2003 (we were the last vehicle to exit the park at Apgar when they closed it down, just ahead of the sirens, and I’m sure I took three years off my life from smoke inhalation). So from my photography there that year, I know how wildfires can produce weird, surreal light.

I was hoping that the sun would sink further down toward the horizon and spill some light toward the island before it was swallowed up into the haze entirely, but this is as far as it got. Elemental. 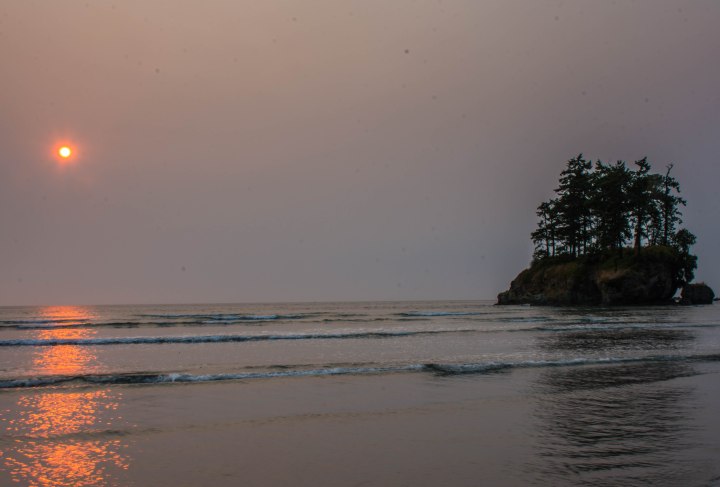 3 thoughts on “Fire in the air”

Promote Your Page Too